One of the brightest jewels in a crown of the Bahamas’ 700 islands, Eleuthera is situated about 60 miles from Nassau, the nation’s capital. The island itself is only 110 miles long and about two miles wide but its beauty and charm are unmatched. Eleuthera (pronounced ee-loo-thrah) is a Greek word meaning “Freedom” and was a safe haven for European settlers seeking religious freedom in 1648.

They called themselves the “Eleutherian Adventurers and christened Eleuthera with its unusual name. Eleuthera boasts soft-as-powder pink sand beaches, breath-taking views and several of the world’s most awe-inspiring sites such as the Glass Window Bridge; a narrow bridge that divides the raging dark-blue Atlantic ocean and the serene aquamarine seas of the Caribbean. Eleuthera is chock-full of historic, beautiful and unbelievable sites but its true beauty lies in its people.

The people of Eleuthera are among the friendliest, most courteous and helpful people in the world. Don’t hesitate to stop the first person you see to ask questions, get a recommendation for a great place to eat or inquire about directions. Eleuthera is the perfect spot for a quiet, peaceful, relaxing vacation but there are also a few spots where the young and “young at heart” can kick up his or her heels. Whether you are in town for a weekend or month, there will be a tear in your eye the day you board your return flight or boat home. 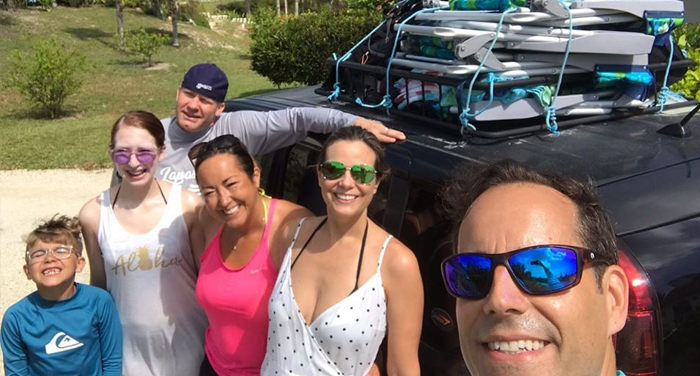 THE BEST PLACES TO VISIT
WHILE YOU'RE HERE

Preacher’s Cave: A large unique cave about 2 miles east of Gene’s Bay. There is a rock at the entrance of the cave that reads, “This rock tells the story of William Sayle and the Eleutheran Adventurers” They were shipwrecked at what they called “Devil’s Backbone” island in 1648. This cave served as a meeting place for religious freedom and worship, hence the name: “Preacher’s Cave”.

The Glass Window Bridge: The bridge connects the northern and southern side of the island of Eleuthera. The significance of the Glass Window bridge is that one side of the bridge has the crystal clear, emerald color, tranquil Caribbean Sea and the other side shows the dark, rough waters of the Atlantic Ocean. This is one of the most extraordinary attractions on the island. Even though this bridge has truly ‘taken a lickin’ from the numerous hurricanes and storms it has remained and stood for years and years.

Ocean Hole: in a sparsely populated neighborhood about 2km (1 1/4 miles) east of the heart of Rock Sound, is said to be bottomless, though modern depth soundings have defined it as being an astonishing 100 fathoms (about 600 ft.) deep. This saltwater lake, whose waters, through uncharted underground channels, eventually meet the sea, is one of Eleuthera’s most ecologically unusual spots. As such, it’s closely monitored by geologists, zoologists, and botanists. Many birds and tropical fish can be seen through the greenish filter that seems to hover above the waters here; they seem to like to be photographed — but only if you feed them first.

Many, many, many beautiful beaches to explore…

Nestled between magnificent coral reefs protecting its shore, surrounded by crystal clear turquoise waters and swaying coconut palm trees, is the one of most beautiful pink sand beaches and picturesque harbors in the world. All located on one of the most beautiful islands in all of the Bahamas.The Island is Eleuthera.The resort is French Leave. Perfectly elevated to capture the crisp tropical breezes, the integrity of the tropical architecture epitomizes why French Leave is the exception, a one of a kind.French Leave Eleuthera is so well regarded for what is not. There are no casinos, no cruise ships, no constant turnstile of flights carrying thousands of tourists. Our location boasts beautiful un-crowded pink sand beaches, azure blue waters, friendly people, and great local dining and shopping experiences.

French Leave Eleuthera seeks to be a part of this incredible environment, not change it.Our resort is designed for very low density, the least possible environmental impact, traditional Bahamian architecture, and traditional Bahamian values. French Leave Eleuthera remains today one of the Bahamas & Caribbean’s best kept secrets and is that special place, for all the right reasons.If you want to experience the extraordinary, it may take a little more time and effort to get here. Once you get here, you will never question why you came 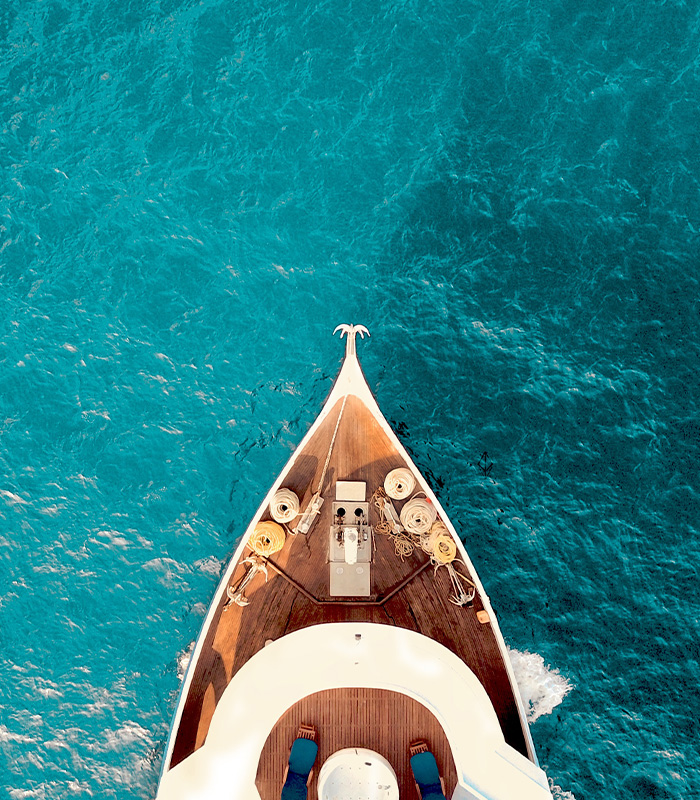 SELECTED FOR THE 2014 FODOR’S 100 HOTEL AWARDS.
HONORING THE BEST HOTELS AROUND THE WORLD

The leading name in travel guides, Fodor’s Travel, announced today that THE COVE, ELEUTHERA RESORT AND SPA has been recognized as a 2014 Fodor’s 100 Hotel Award winner. The Cove, Eleuthera was recognized for its outstanding service and unforgettable experience.

Lionfish season is open! THE CAPE INSTITUTE OF ELEUTHERA strongly promotes the capture of lionfish to combat the spread of this invasive species in order to protect our coral reefs.

Lionfish are originally from the Indo-Pacific and migrated to Florida in the 1980’s, then made their way to the Bahamas in 2004. Since then their population has expanded dramatically because in our waters there are no native predators. Lionfish have 18 venomous spines to protect them, however when the fish is speared and the spines are removed the meat can be easily filleted or cooked in several ways. The Eleuthera Institute also pays per pound for capture of lionfish in Bahamian waters in order to assist with diminishing this predator in our waters 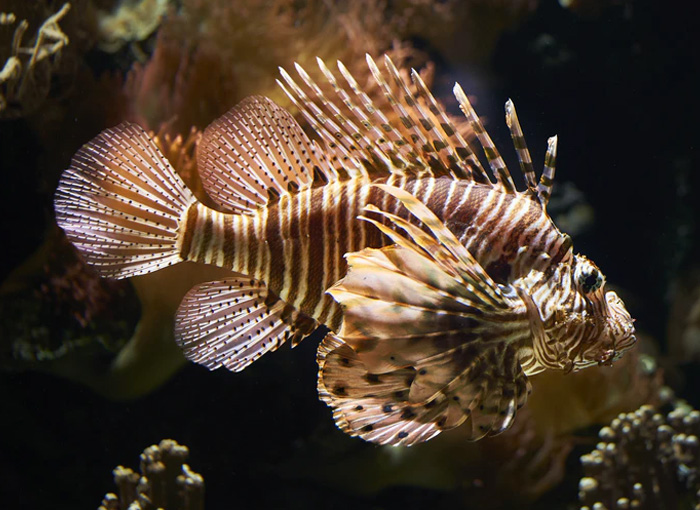 Have a question? Feel free to ask...
CONTACT US
242-525-3838
There is no selected car class in current office. Please choose another Class!
Select Vehicle